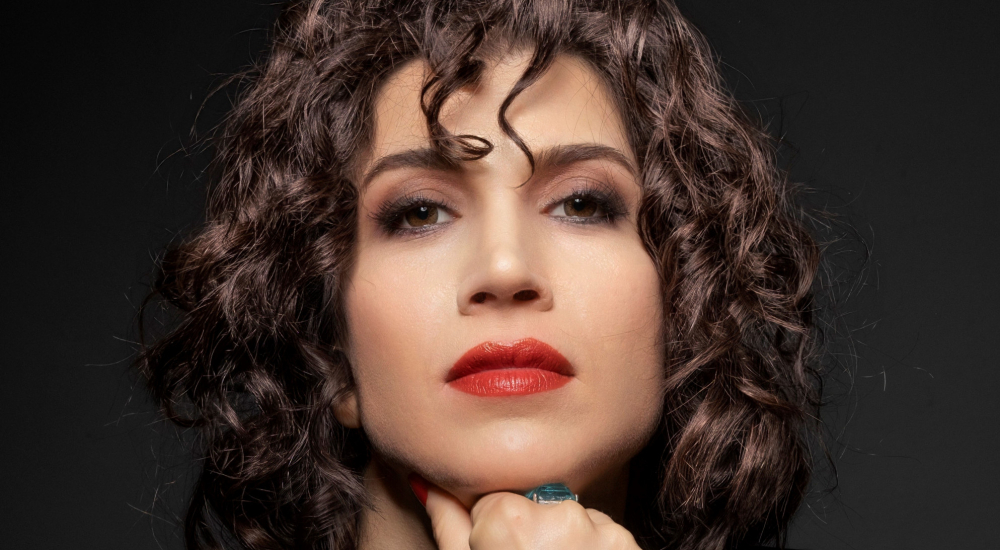 CSB and Surge Forward Music are delighted to present Olcay Bayir for her debut Birmingham performance.  Postponed from 2020, we are really excited to be working in partnership with Mac to bring you this great event.  Supported by locally based artist Zirak Hamad and Daholl Kurdish Band, this promises to be an exceptional night of beautiful music, not to be missed.

Described as “one of the finest, most intriguing singers on the British world music scene” (Guardian), Olcay Bayir (pronounced Oldjai) brings her powerfully touching vocals to Birmingham for the first time. Her dynamic and warm music is deeply-rooted in Middle Eastern culture yet contemporary, where irresistible rhythms and sophisticated arrangements showcase ancient poems and original songs in Turkish, Kurdish and Armenian, reflecting her colourful Anatolian heritage. Born in the historical city of Gaziantep, she moved to the UK as a teenager and trained in opera before releasing her first album Neva. Her second album Rüya (Dream) featured in the Top 50 of World Music Charts Europe. During lockdown she released a 4-track E.P. Inside, which was selected for funding by Help Musicians U.K. and she was the first post-lockdown artist to appear in session on BBC Radio 3’s Music Planet.

With Aurel Qrijo on violin, Christian Prior on keyboard, Huw Bennett on bass, and Kostas Kopanris on percussion.

“The second album of Kurdish-Turkish singer Olcay Bayir is a diamond! One of the absolute best I listened to for a long time. Olcay Bayir makes great art… a very hypnotic, intoxicating beautiful album.” Lira Magazine

“Bayir is blessed with a magnificent, clear voice that beautifully colours her original repertoire, combining jazz and world music with Kurdish tradition. .. If the omens don't deceive, this fantastic singer is on the eve of a great international career.” Mixed World Music

“Acknowledging and interpreting your past and your culture is very noble, but adding something essential to it with new work is even more impressive… with this album the singer proves that she will eventually become one of the absolute top class of contemporary world music.” Rootstime

“A mix of traditional Anatolian songs and self-written "Kate Bush-like" songs… a beautiful balance between modern and old.” Popmagazine Heaven

Zirak Hamad is a violinist, drummer and teacher originally from Iraqi Kurdistan living in the UK since 2002. A graduate of the Institute of Fine Arts in Iraq, he has a wide range of artistic experience. During his time in the UK he has worked as a freelance artist delivering Middle Eastern dance and music workshops for schools, community groups and festivals across the UK.  Zirak also leads Daholl Kurdish Band, a lively blend of Kurdish and Middle Eastern music, traditional and contemporary, popular dance music. In 2012 Zirak also established the event called (Muzikstan) in Birmingham to provide artists with a platform to highlight their cultures and talents.