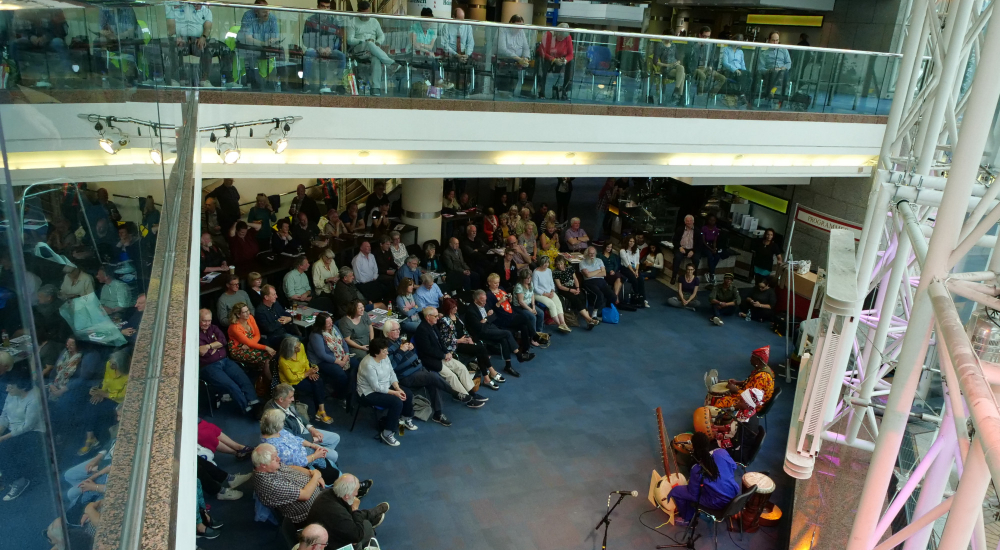 Be a part of something new! Join us for the launch of our new series of concerts at Symphony Hall, which will be running until Summer 2022.  This event will be a first for CSB as we are filming it to be broadcast later, but you can be in the live audience.  This promises to be an exciting event with some of our favourite artists.  We are showcasing 4 acts:

The event will be presented and compared by Sid Peacock and Millicent Chapanda, both are part of the CSB team and also musicians in their own right.  Sid & Millicent will also be performing a song together.

Harare celebrates both the past and the future of African dance music and brings a spectacular mix of Southern African musical styles. Kuda believes in the importance of preserving one’s heritage through music and performs in the Shona language of Zimbabwe. 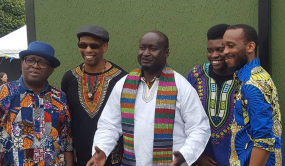 Nifeco Costa is a singer and guitarist from Guinea Bissau, West Africa, who came to the UK via Portugal, where he spent several years performing many events, festivals and making television appearances. Now based in the UK Nifeco has formed the band "Babock Djazz", bringing together local musicians with origins from around the globe.  Nifeco brings beautiful melodies, a sweet voice and an infectuous Latin groove, guaranteed to get people dancing!  He has become a regular contributor to the CSB programme and was also involved in a collaboration with Surge Orchestra at MAC. 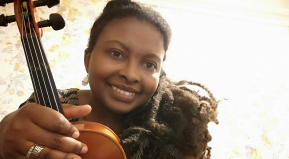 Germa Adan is a Haitian folk artist known for her ability to write and perform in the style of a storyteller with a strong undercurrent of social consciousness at the heart of her music. She writes and  performs a tapestry of ethereal vocal and stringed harmonies, influenced by the overlapping identity with cultures, especially so in the Haitian, American and British folk influences that colour her sound.   Germa performs as a solo artist, and also collaborates with musicians and vocalists from many different backgrounds and genres.  'captivating and honest', Folkroom London 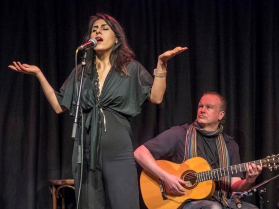 Ava is an Anglo-Persian group who play mainly original compositions, a fusion of Persian vocals accompanied by kora and flamenco guitar, violin, flute and hand percussion. Mina Fatemi, the vocalist, sings in her native language, Farsi, with an emotive and poetic delivery that never fails to move the audience.  John Berry has an extensive history of musical collaborations, having played in Salmagundi, a World Music ensemble, with Sura Susso - a West African griot from The Gambia, as well as many other musicians.

CSB is a diverse music and arts organisation with a mission to support, promote and develop artists from refugee and migrant backgrounds.  To find out more about CSB please visit our website.