Ben Pathy is a singer, author and composer from Angola, specialising in traditional African music, Rumba, Soukous, Kizomba and Salsa. He has recorded two solo albums (Felicidade Igual, 1996 and Destino Incerto, 1999) and has performed internationally.  Since moving to the UK Ben has performed with Infusion Ensemble and formed his own band Afro Mio in 2008. Afro Mio is a harmonious blend of rich vocals borne on a wave of rhythmic conga and melodious African guitar. Over the last 5 years Afro Mio have performed extensively across the Midlands at venues such as MAC, Symphony Hall, Birmingham Museum & Art Gallery, Four Squares Festival in Birmingham City Centre, Journeys Festival in Leicester and many more.   Ben has also been involved with a number of collaborations with other artists and delivered artist residencies  for CSB on the Ikon Slow Boat in 2018 and with Schools of Sanctuary in 2016. 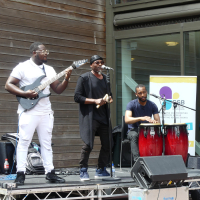 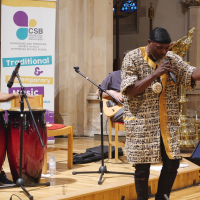 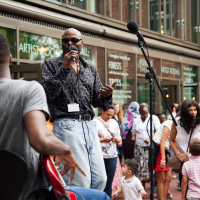 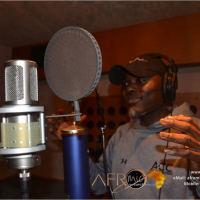 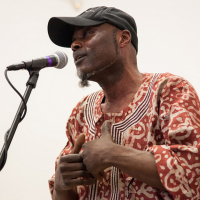 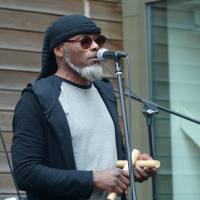